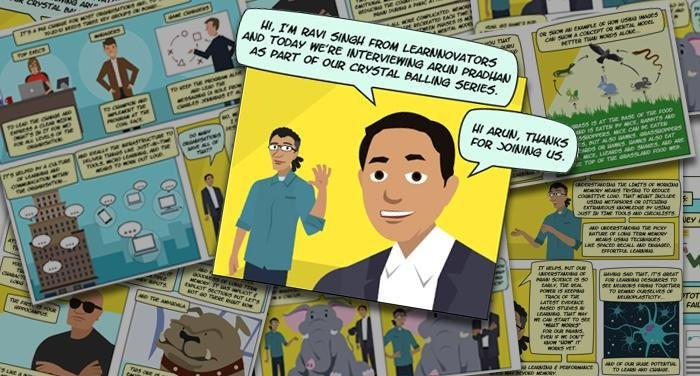 I recently had the honour of being approached by Ravi Singh from Learnnovators, to be interviewed for their Crystal Balling series. That itself was a buzz given that previous interview subjects were the likes of Jay Cross, Charles Jennings, Clive Shepherd, Cathy Moore, and a host of my other learning heroes. But, what made it especially appealing was that Ravi suggested that we “do something different” for my interview.

Ravi knew that I enjoyed creating infographics and perhaps thought I might go in that direction. However, when I saw that his questions covered topics as diverse as neuroscience, design thinking, visual learning, and 70:20:10, the obvious choice was to… build a 3D interactive hologram!

But, after 3 seconds pondering the logistics on that, I came to my senses and settled for a comic 😉 .

A huge shout out to the talented illustrators and people at Learnnovators who were a pleasure to work with and managed to create a striking comic. That was especially impressive since all I gave them to work with were some hastily drawn sketches: 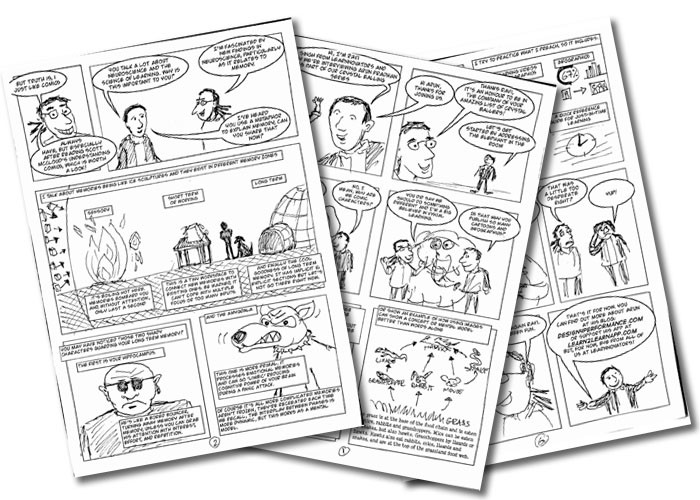 And here is the final version of the comic after the Learnnovator team transformed it:

See the original posting on the Learnnovator site here.

Once again, huge thanks to Ravi & the Learnnovator team for the opportunity.